My alt and profession priorities for Legion

For the first time ever, I got into the beta for an expansion.

I spent virtually no time in it. Frankly, work pushed me about as close to my limit in June as it possibly could, and I could never justify jumping into beta during very limited play-time/energy when there were things to do in Live. So the invite was, sadly, basically wasted on me. Hopefully next time – if there is a next time – I will have more time to be a contributor, both here and in the beta.

Anyway, I said all of that to say this: I know very little about the upcoming expansion. I have read some, class-mechanic, stat, and gear-wise, but I got basically no experience on beta other than some time on a target dummy about a month or so ago.

That being said, here are my rough priority lists for Legion:

There are 5 other toons I want to bring into Legion, in relatively this order: 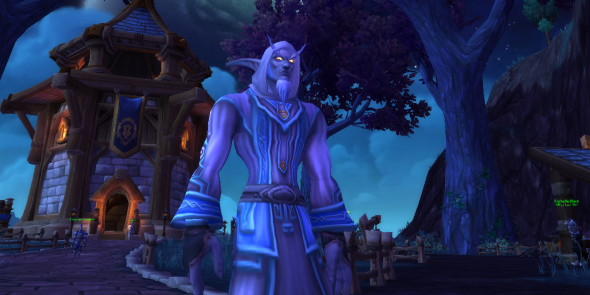 1. Frost Mage – if my druid is my melee toon (and possible healer) for competitive or instance play, the mage may be my ranged option. Fire is cool too, but I love frost from a greater conceptual standpoint, and so far I am enjoying playing him in the pre-patch.

(As a bonus, he is also my Tailor / Jewelcrafter, which I get some value out of…)

2a. Prot warrior – I really respect prot warriors and enjoy the challenge of playing mine. As frustrating as he is to play in certain situations, I love this toon, and I want him to get his sword and shield, and at least see how the spec plays in Legion. So far, he feels fairly powerful in Tanaan, given his relatively low gear level.

2b. Frost DK – because his weapons are reforged from the shards of Frostmourne! Do I get to talk to the new-and-improved Lich King, Bolvar Fordragon? I’ll find out soon enough (those who know, DON’T tell me!!)… Heck, that’s almost enough to make me take this toon into the Broken Isles FIRST.

(But I won’t. But it will happen sooner than later!)

2c. Mushan (hunter) – because he is my hunter, and because I still want to try to live my fantasy of the class in a casual sense, even if it means not prepping him for all the raiding stuff, etc. But his stock is sinking rapidly with respect to having a fun gameplay experience, in my observation thus far this patch.

This is, admittedly, a tertiary priority, because I really just want the artifact – I don’t know if I will really be able to give much time to her. But, since the expansion will apparently be at least 2 years in length, I have time to maybe do so.

– I am making a Demon Hunter, just to check it out.

– Can you believe I have not ever played a Pandaren toon yet?

– Can you believe I have never leveled a Horde character to max level?

Well, if I at any point thought that there was nothing left for me to do in-game, I was overlooking a lot. Now, it’s not like I’m retiring from my job and plan on spending the next several years immersing myself in everything WoW before the servers go down. But I would like to tackle a few of these, if not all. Here’s what I have in mind:

I was going to try to list some other things I have in mind, but really that stuff is so far off anyone’s radar right now that I won’t. The above list is enough to cover me for activity into the foreseeable future, especially if my future schedule ends up allowing me to do some raiding!

I’m not terribly interested in Professions this time around. Let me rephrase that: In Legion, I’m not going to go for broke on maxing out each and every profession to cover all of my bases. I’ll get Ana all done, and probably the mage, and the rest may or may not follow. My main focus is one to two toons, and I’m determined to leave a few of my 100s on the bench this time. That’s an idea that’s a direct rejection of the ‘jack of all trades’ meta-game in WoW. I need to focus on having fun. I already have a job. I worked 70 hours at it last week.

Three months ago, my plan for the Legion expansion period was to make a bunch of new toons and level them to 100 without taking them past Pandaria / to Draenor, because I do not really want to play WoD again for a long time, and wasn’t interested in working my WoW endgame ‘job’ again in Legion, in addition to my real job. Now, I’ve got plenty of potential fun on my plate along with some energy to direct toward it!

Thanks for reading this post by Mushan at Mushan, Etc.